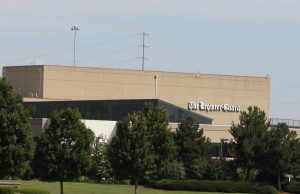 SALEM — They called them “lunatics” and “idiots” and, of course, in a famous book and Oscar-winning film both created right here in Oregon, people who lived in a “Cuckoo’s Nest.”
Now, visitors to the new Oregon State Hospital Museum of Mental Health can decide for themselves as they peruse the histories of some of the thousands of patients — along with decades’ worth of other artifacts — who have walked through the hospital’s doors during its 130-year history.

Kathryn Dysart, a volunteer at the museum and one of 15 members on its board, hopes it will simultaneously educate the masses and help remove the stigma often attached to those who suffer from various illnesses of the mind.

“Our goal is to tell the story of the people who lived and worked in the hospital,” Dysart said during a tour of the museum last month. “And, also, to raise the issues of mental illness. There is no one in the world who hasn’t been touched by mental illness or doesn’t know someone who has been touched by it.”

The museum opened on Oct. 6, about six months after the final buildings of the new, state-of-the-art Oregon State Hospital were completed during an impressive remodeling project.

The museum is housed in the only part of the original hospital, which opened in 1883 as the Oregon State Insane Asylum, that remains. It is on the first floor of the red-brick Kirkbride U Building on the hospital’s campus, which lies just north of the Oregon State Penitentiary.

Just north of the hospital, across Center Street, is the Dome Building that once belonged to OSH but is now part of the state Department of Corrections. The Dome Building is where moviegoers first laid eyes on the handcuffed character of R.P. McMurphy — played by Jack Nicholson in the 1975 film “One Flew Over the Cuckoo’s Nest,” based on Ken Kesey’s 1962 novel of the same name — as he arrived at the hospital from prison for evaluation.

Not surprisingly, props and photographs and other items related to “Cuckoo’s Nest” hold a prominent place among the new museum’s exhibits.
There is the marbled hydrotherapy unit, the one Chief Bromden (played by Will Sampson) rips from the floor and then uses to smash a barred window as he makes his escape in the film’s final scene after McMurphy is given a lobotomy.

There is the black-and-white TV, still missing its knobs because Nurse Ratched (played by Louise Fletcher) removed them so the patients couldn’t turn the channel.

The television sits elevated in a corner — playing the movie on a continuous loop — and was recovered from a Dumpster after someone tossed it when filming was completed.

And there is the leather director’s chair that says “Dean Brooks” on it, a gift from the film’s producers to the doctor who was the real hospital’s superintendent from 1955 to 1981, and who also played the fictional one in the movie despite having no previous acting experience.

Dr. Brooks, who was 96 when he died on May 30 at a Salem retirement home not far from the hospital, played the role of Dr. John Spivey, who conducts McMurphy’s intake and oversees his tumultuous stay.

And it was Brooks who made the daring and controversial call to allow the filmmakers, including director Milos Forman and co-producer Michael Douglas, to make the movie at OSH.

Despite the expected backlash from his colleagues at psychiatric institutions across the country, Brooks agreed to allow filming only after consulting with patients and staff, many of whom would be used as extras in the film, according to the eldest of his three daughters, Dennie Brooks.

“If the patients had said no, he would not have done it,” said Dennie Brooks, a retired social worker who lives in Salem. “He thought it would be fun.”

Not only was it that, it also became one of the most highly acclaimed films of all time — one of only three movies ever to sweep all five major awards at the Oscars — and to this day is the first thing many people associate with the Oregon State Hospital.

“He saw it as an opportunity to create a conversation,” said Dennie Brooks, who grew up at the hospital from the age of 4 after her father was hired in 1947 as a staff psychiatrist.

And Dean Brooks saw the new museum, which has an entire room dedicated to his career, in the same light, she said.

“He thought it was off to a phenomenal start,” she said. He was there for the museum’s ribbon-cutting, getting a hug from Fletcher, who returned to the scene of her greatest role almost four decades later.
“He was very pleased with the development and the mission (of the museum),” said Dennie Brooks, who worked at the hospital in different capacities as a teenager and young woman, and who served as the film’s location coordinator.

“The stigma and the shame”

“In the world of mental health, there is the stigma and the shame, which is so sad,” Dennie Brooks said. “Because we now know more than ever.”
When the hospital opened in October 1883, it was the state’s first public psychiatric institution. Three-hundred and seventy patients were transferred by train from the Hawthorne Asylum in Portland, a private mental institution.

In a sign of how mental patients were viewed then, a newspaper headline called it the “Exodus of the Insane,” with a subhead that read, “How the Strange Procession Appeared to an Outsider — Some of the Curious Conceits of Crazy Folks,” according to a museum display.

Until the 1950s, civil commitments, in which citizens could bring complaints about others and ask a judge to commit that person to public care after a doctor’s exam, along with family members committing loved ones, made up the majority of OSH’s population.

Children were also patients for decades.

Today, the hospital’s population consists only of adults who have either been found guilty of a crime except for insanity or who are undergoing treatment so they can be brought to trial, or patients who suffer from neuropsychiatric, geriatric or other mental illnesses.

Being open and combating the shame and stigma of mental illness “is at the heart of why he did ‘Cuckoo’s Nest,’” Dennie Brooks said of her father.

At the time, fellow members of the American Psychiatric Association accused Dean Brooks of setting the world of psychiatric care “back 50 years,” said his daughter, whose younger sister, Dr. Ulista Brooks, is a longtime physician at the hospital. A middle daughter, India Civey, is retired and lives in Everett, Wash., Dennie Brooks said.

Dean Brooks came to see the “Cuckoo’s Nest” story as an allegorical tale decrying institutional control in general, she said.

Was the story an accurate portrayal of life at OSH in the early 1960s?

“Yes and no,” said Dennie Brooks, who as a teenager in the summers of 1959 and 1960 worked in the hospital’s “communications center,” now one of the exhibit rooms in the museum.

“Were there experiments that were dehumanizing in intentional and unintentional ways? Absolutely,” she said.

But there was also caring and compassion and a culture of recovery, she said.

The idea of a museum came from those within the hospital community wanting to save the decrepit buildings of the old hospital and the many items within them, Dysart said. “Then we found out there were basements just filled with stuff,” she said.

In 2009, the state Department of Human Services authorized a steering committee to explore creating a museum, and a nonprofit corporation was established to develop it.

By then, construction of the new hospital was under way after the state Legislature in 2007 approved $458 million to replace it and build a second state hospital in Junction City.

Publicity from the revelation almost a decade ago that the cremains of more than 5,000 former patients were stored in old copper cans helped build momentum for the new hospital, not to mention the threat of a lawsuit from the U.S. Department of Justice if it wasn’t replaced.

The remains of about 1,500 of those patients have since been claimed by family members, but two stories above the museum, the cremains of about 3,600 patients remain, the copper cans enclosed in black cases neatly lined on shelves in a room in the hospital’s administrative offices.

The People of OSH

Somewhere, on one of those shelves, are the cremains of Frank Lawrence Smith, whose story is told on one of the display cards titled “People of OSH” in the museum.

Smith was a 19-year-old basket weaver and opera singer, “implicated in the murder of a fellow train rider in Jackson County” when he was sentenced to hang by Gov. T.T. Geer, who later commuted his sentence to life in prison. But Smith spent only eight months there before he was diagnosed with schizophrenia and transferred to the hospital in 1907. He died there of gangrene on June 22, 1915, 10 days shy of his 39th birthday.

The hospital is planning a memorial exhibit to honor the unclaimed patients.

Many of those patients, of course, lived tormented lives that are difficult for the sane to comprehend.

“2 a.m. Mrs. Bernard would not remain in bed. Restrained her with jacket and belt,” says an entry from the OSH Night Watch Book, Feb. 25, 1913, in a display case documenting cases related to “restraint and seclusion.”

A white straitjacket hangs in the case next to the words, “It is necessary to keep her hands in a straitjacket to prevent her from picking on her hands and head.”

Restraint and seclusion is still used within the walls of the gleaming new modern hospital, but only as a last resort, OSH spokeswoman Rebeka Gipson-King said during a tour.

She opened the door to the Seclusion and Restraint Room inside a hospital treatment mall that houses patients with dementia, brain injuries and other mental illnesses. Inside the room was a brand-new bed with belts attached.

“What we’re working toward is not having these rooms at all,” Gipson-King said.

What: 2,500-square-foot museum dedicated to telling the stories of OSH and the people who have lived and worked there
Where: 2600 Center St. N.E., Salem
Hours: Noon to 4 p.m. Tuesday, Friday and Saturday
Admission: $4; $3 for seniors and students with ID; $2 for ages 6-18; children younger than 6 free with an adult; group tours of 10 or more available by scheduling at least two weeks in advance
Contact: 971-599-1674; oshmuseum.org