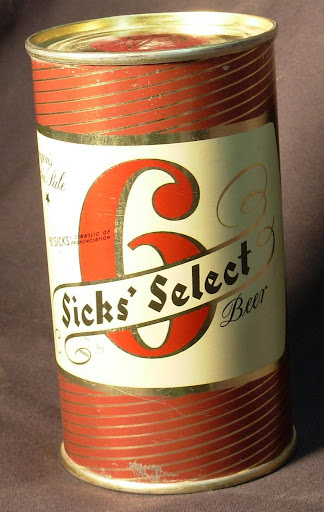 If you’re like me, Salem isn’t exactly the first place that comes to mind when you think of beer.  But even before the dawn of Oregon’s microbrew industry, beer and hops were big business in these parts.  Hop harvests in Marion County commanded a seasonal labor force of thousands (25,000 came to work in the hop fields in Independence alone in 19401).   Salem has also had a number of breweries since the 1860s (check out a map of early Salem breweries here).

The can in these photographs, one of many in the historic collections at the hospital, is proof of Salem’s brewing past.  The can was found at the Fairview Training Center in Salem, and transfered to the Oregon State Hospital with other historic material in the early 2000s.

Seattleite Emil Sick (of Rainier Brewing Company fame) bought out the Salem Brewery Association facilities in 1943 and established Sick’s Brewery at the corner of Trade and Commercial Streets (where the Salem Conference Center stands today) .  By 1949, Sick’s was on of only two breweries operating in the Oregon.2 Click here for a history of Sick’s Brewery in Salem.

For more information on the history of beer in Salem, check out: http://capitaltaps.blogspot.com/ 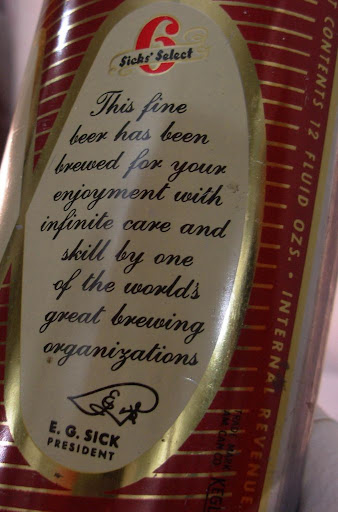