Fifty years ago today, this news story appeared in the Oregon Statesman newspaper:

After being knocked over twice by vandals, this statue-fountain of cupid was replaced on the Oregon State Hospital grounds Thursday by Donald Muellhapt (left) and Harvey Gibbens, hospital employees.  The statue was restored with money from the patients’ own fund.  All concerned are hoping goodwill will prevail this time and the statue will remain standing. 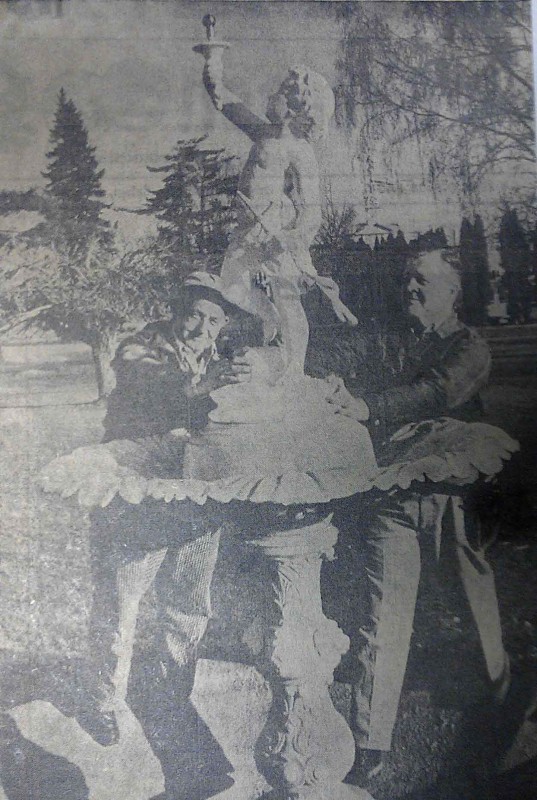 From Oregon Statesman Clipping (published 13 Dec 1963 with article “Cupid Back in Place at hospital).