Be not misled by the nonchalant pose and fashion plate attire.  Perceive, rather, the character of the head man of a busy community of some four thousand persons, and a physical plant of many millions in money value–the Oregon State Hospital at Salem, Oregon.  Coupled with his energy and excellent executive ability, is a humaness that is exceptional.  He is devoted to his fellow man, and, as important, he possesses the capabilities to make that devotion work realistically.  The head man maintains a phenomenal memory for facts, faces and names, which, added to a democratic spirit, impels him to give equal consideration to patient, employee, or outsider.  His sense of humor is ample insurance against the occupational hazards of his position.  When we reflect on these attributes and his keen interest in, and application of, the latest advances in the field of psychiatry, we, in Oregon, feel fortunate that Dean K. Brooks, M.D., was chosen Superintendent of the Oregon State Hospital.  Yet, fortunate is a feeble word, to describe our collective felling toward Dean Brooks, for, he had our respect, admiration and affection before he became Superintendent.  In these, he was and still is–the head man.

Statesman Journal posted this article on its website today: 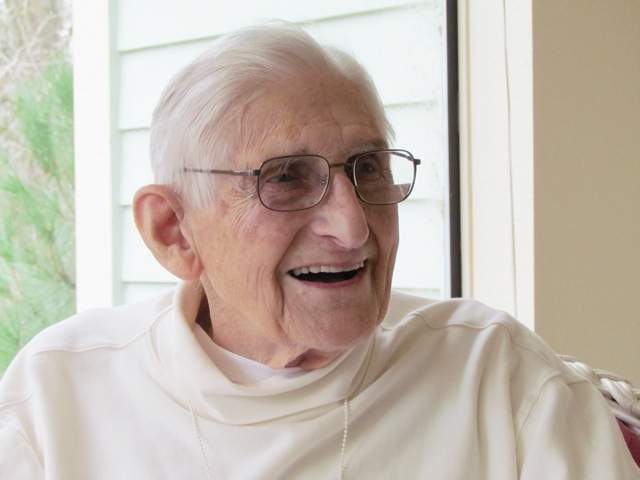 Dr. Dean Brooks of Oregon State Hospital and ‘One Flew Over the Cuckoo’s Nest’ Fame Dies at 96

By Capi Lynn, Statesman Journal
Dr. Dean Brooks of Oregon State Hospital and “One Flew Over the Cuckoo’s Nest” fame died this morning. He was 96.

He passed away peacefully in his apartment at Willson House surrounded by family, including his three daughters, five grandchildren and two great grandchildren.

Brooks was the superintendent at the State Hospital from 1955 to 1981, and although he did much to improve patient care during his tenure, he is best known for inviting the makers of “Cuckoo’s Nest” into the hospital in 1974-75.

He played the role of Dr. Spivey, who performed the intake interview with Randle McMurphy, played by Jack Nicholson.

A memorial service for Brooks will be held in the coming weeks at St. Paul’s Episcopal Church in Salem. The family is still working out the details.

Governor Kitzhaber released the following statement on the passing of Dr. Brooks:

“Dr. Brooks left a legacy of hope and recovery for the patients of Oregon State Hospital and their families. During his tenure, he worked tirelessly to help people across the state understand the challenges facing those who live with mental illness. He was an agent of change, committed to helping others make their lives better, and he will be greatly missed.”

Donation in Memory of Dr. Brooks