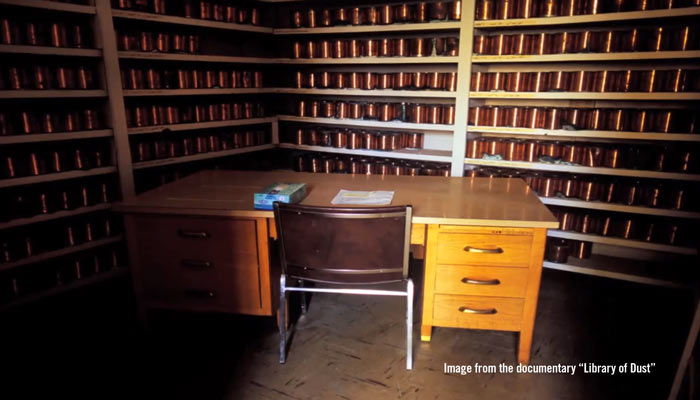 While touring the Oregon State Hospital a legislator and a team of journalists happen upon a shed-like structure. Inside, they discover thousands of corroding copper canisters that hold the cremated remains of more than 3,500 people who died while living at the state hospital, Oregon State Tuberculosis Hospital, Mid-Columbia Hospital, Dammasch State Hospital, Oregon State Penitentiary, and Fairview Training Center. Following this discovery, the Oregon Legislature passed a law so that information identifying these individuals could be disclosed for the purposes of reunifying them with family members and creating a memorial for those persons whose remains are not claimed. In 2010, a documentary film team began work on “Library of Dust,” which tells the story of the cremains, from the initial discovery to the memorial being constructed to honor them.

For more information about the film visit the website:  http://www.libraryofdustmovie.com 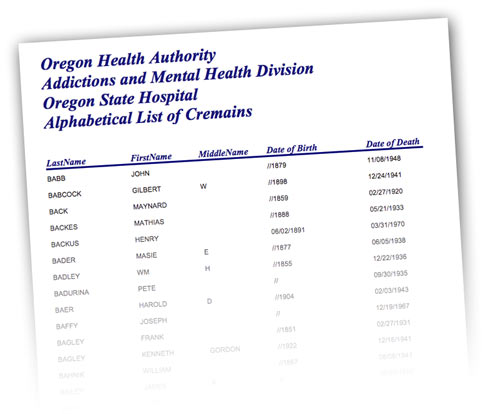 What is the State Doing Today? 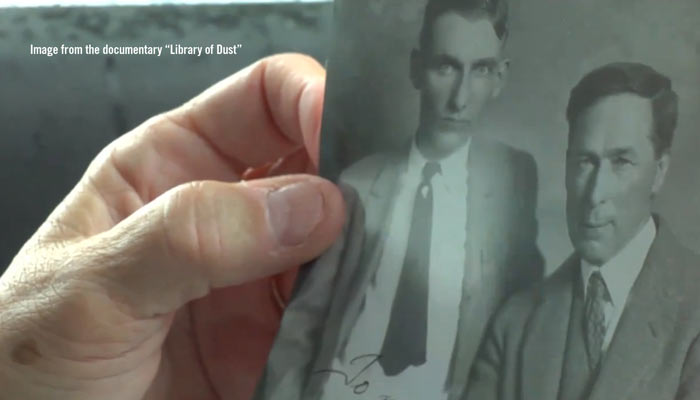 David Maisel’s amazing photographs of the Library of Dust can be found on his website.