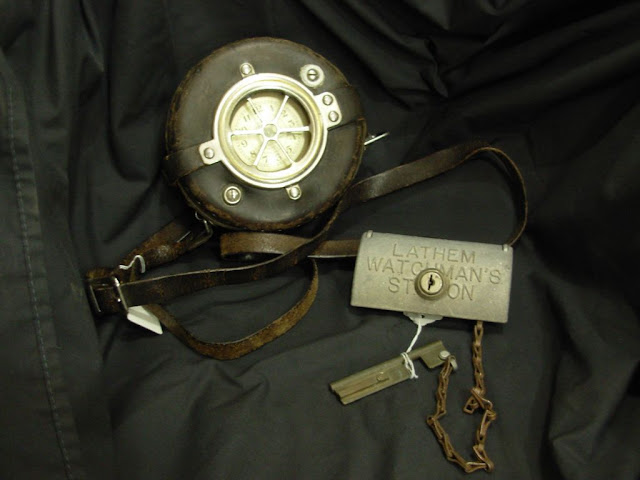 Portable watchclocks like that on the left in the above photograph and key stations like the one on the right were basic tools used by security personnel at the Oregon State Hospital and many other factories and businesses.  The metal boxes housed little metal keys and were strategically located throughout the site.  The watchclock, basically an oversized watch about the size of canteen, was easily carried around in its leather case.  It has a key hole on the top.  As the employee made their rounds, they would insert keys from the key stations into the clock which would print or punch out on a strip of paper inside the clock the time and the station identification mark.  The clocks would be checked after each shift as proof that the employee had actually made the rounds.

This watchclock was used at Fairview Training Center. 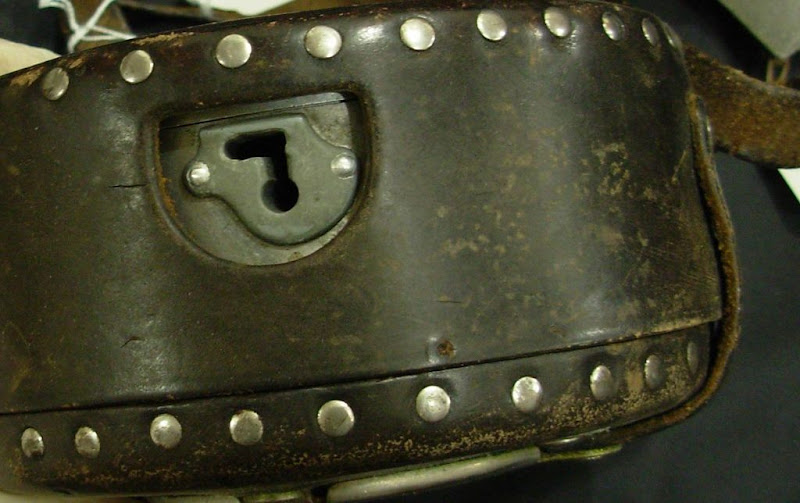 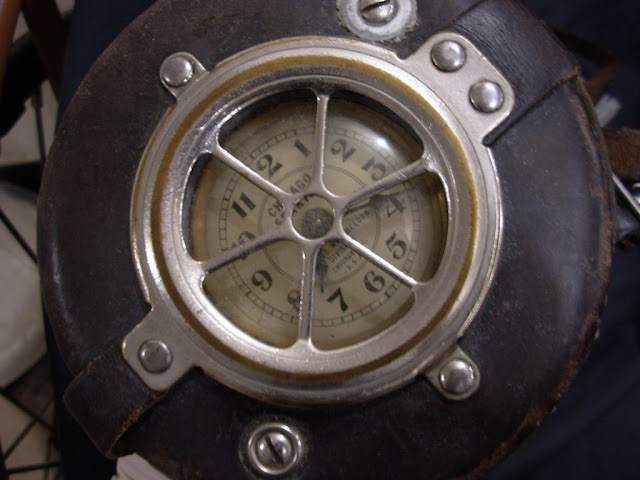