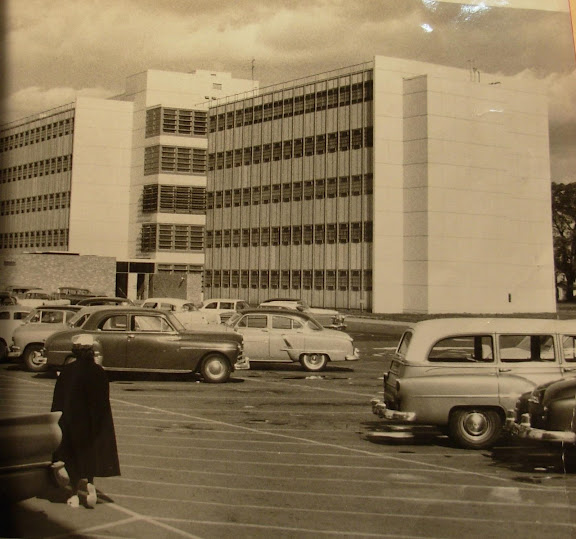 The following was published in the 75th Anniversary edition of the Oregon State Hospital publication, The Lamplighter, as reported by Grace Carman.  The article refers to the Senior Cadet Nurses program, a three month intensive course in psychiatric nursing which consisted of lectures and hands-on experience under the supervision of the hospital’s registered nurses.

Fourteen years ago, the first of April 1944 to be exact, something quite new happened to the Oregon State Hospital.

A small but dynamic young woman came out from Menninger Clinic at Topeka, Kansas to establish an affiliate school for student nurses.  Miss Tina Deurksen was her name.

It was pretty rough going at first for many at the hospital found it hard to see what good could ever come of having young students on the wards.  The directors and staff of the affiliating schools found it hard to see how three months of psychiatric study would help their students be better nurses.  “What a waste of valuable time” they moaned.

Still eight pupils came and finished their three months, despite rigors of this new type of pioneering.  Thus began a slow and sometimes painful integration of student nurses into the framework of hospital programs.

Sometimes unpopular and sometime unhappy because of the inevitable frustration, the student struggled valiantly to absorb psychiatric nursing in three short months, consequently our minority group has gained status with fellow workers and has crept into the hearts of the patients from whom they have learned innumerable worthwhile lessons.

From the original 8, the classes have grown until at the moment we have approximately eighty students each quarter.  Altogether 3411 students have become potential advocates of mental health because of the vision and understanding gained during their sojourn at the Oregon State Hospital.

One little homesick student who took over her duties the first week with fear and trembling came into the residence exclaiming fervently – “I don’t know what I could have done without those blessed patients!”

I believe both personnel and patients are now inclined to say, “Whatever could we do without those blessed students.”

May the ties grow continually stronger and more fruitful.