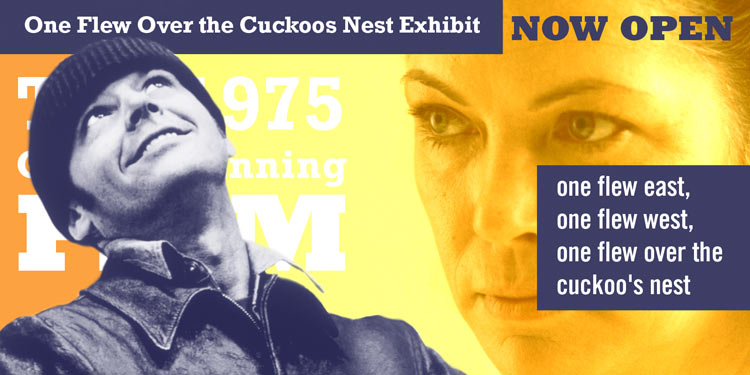 One Flew Over the Cuckoos Nest Exhibit

The current exhibit in our changing exhibit gallery looks at the story behind the award winning film One Flew Over the Cuckoo’s Nest, that was filmed on location at the Oregon State Hospital.  The exhibit follows Oregon author Ken Kesey’s story as it migrated from book to stage play to film.  The exhibit explores what it meant to film a movie about mental health in a real hospital, the blurred lines between film crew and hospital community and the controversies it dredged up.